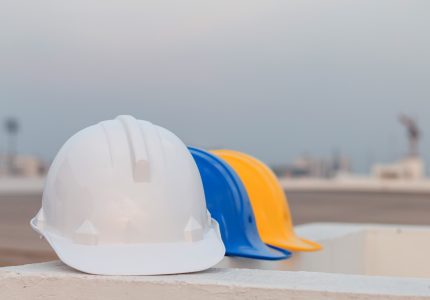 Three generations of family members working with Bird Stairs; that’s something to be proud of. Interestingly, it seems to be a trend!

At the moment, we have three families of Bird Stairs staff who have been part of a three-generation run with our company. One of those started with Ernie Lean, father-in-law to Darren Stewart and grandfather of Cody Stewart.

Cody began his career with Bird Stairs 15 years ago. He started in the warehouse then worked in inside sales and IT. He completed his degree in accounting and his CPA in New Brunswick. Cody now works as Senior Accountant. Cody explained that Bird Stairs not only helped him to get to where he is today, but also that working with his father strengthens their relationship. “I don’t know anyone who works somewhere with as many family ties as Bird Stairs has. Even though we don’t work directly together, we see each other more often than we would if we didn’t work at Bird Stairs.”

I see Cody every day, and we go to the gym together daily. We’re definitely closer because we both work for Bird Stairs. The company has been very good to our family. I hope eventually my granddaughters and grandsons will work here.

Darren started with Bird Stairs 21 years ago driving a truck. Darren then worked in the warehouse then as the warehouse manager, inside sales, operations manager, more recently moving into a branch manager role. For two years he worked in bridge & highway sales with his father-in-law, Ernie. They worked together daily, and Darren recalls this time with fondness. Ernie is now retired.

In Dartmouth, Steve Hartt remembers driving into work with his step-father, John. He now makes the same commute with his step-son, Josh. Josh recently started working in the Dartmouth Construction Branch in the warehouse.

President of the company, Geoff Munn has worked in the Fredericton location since 1961.  For 30 years he had worked in a variety of roles before becoming company president in 1991.  His son, Chris Munn Sr. started in 1983 with our staging rentals in Fredericton.  He then moved to the plumbing and electrical division.  Christopher Munn Jr. started working  during his summer holidays while in high school.  In 2014, he started fulltime in the warehouse.  Since April 2015, you will find the  youngest member of this  three-generation family working on the Fredericton counter.

Working with family could be tricky but the important part is that you expect a lot from your family and they expect a lot in return.